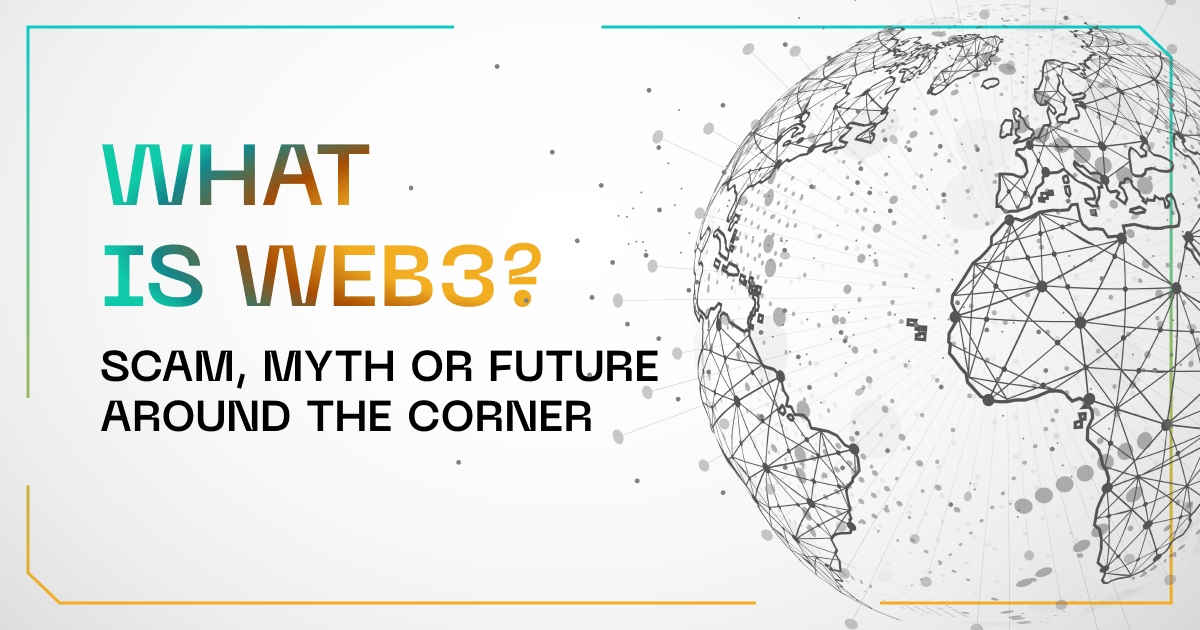 Web3: Scam, Myth or Future Around the Corner?

There’s a buzzword that tech and crypto entrepreneurs, venture capitalists, among others have recently been obsessed with.

Web3: Scam, Myth or Future Around the Corner?

There’s a buzzword that tech and crypto entrepreneurs, venture capitalists, among others have recently been obsessed with. Web3 is a catch-all word for a variety of concepts aimed at cutting out the large middlemen on the internet while decentralizing it altogether. Allow us to explain.

The era of Web2.0, the currency we are living in, is the phase of centralization, wherein the internet is dominated by a few companies and institutes that act as intermediaries between the internet users and the internet services. These companies take control of users’ personal data in exchange for providing them with internet related services. The purpose of Web3 is to remove these oppressively powerful intermediaries from the equation, distribute the internet among users and multiple small businesses that coexist symbiotically, and restore data privacy to users.

Web3 is a part of every conversation these days, and apparently, you’re not serious about the future if you are not pro-Web3. We are here to deduce whether it is actually the future or just a fad. However, to comprehend the relevance of web 3, it is vital first to understand what web 1.0 and web 2.0 are.

Evolution of the Internet: From Web1 to Web3

The internet was initially introduced to the world in the late 1980s. Web 1.0 was limited to ‘static read-only’ messages that only a few people could see. Yes, it was a significant technological advancement at the time. But, unlike the current dynamic HTML, the websites served static material. The data and content were stored in static file systems rather than databases, which was the main characteristic of web 1.0 — a read-only web with no interactivity.

Read and Write with Web 2.0

The social and interactive internet is referred to as Web 2.0. Web 2.0 is the version of the Internet which we currently use. It is a user-friendly internet allowing anyone to share their opinions with the world. It enables users to establish their distinct personas.

Despite all the advancements, Web 2.0 suffers from quite a few pain points. For example:

What is Web 3 and its Significance?

Web3 is a decentralized online ecosystem that is based on blockchain technology. The primary feature of Web3 is decentralization and blockchain is the infrastructure that enables a distributed ledger system and validation method. The technology makes it infeasible for bad actors to malign the structure. Some of the core features of Web 3.0 which gives it an upper hand over Web 2.0 are:

Web3 emerged as a response to uncertainties caused by leakage of personal data, absence of interoperability and efficient storage of their private data within the Web2 ecosystem. With the advent of blockchain technology, it is believed that the technology can be used to build up a group of technologies or Web3 that is based on decentralization.

Web3 is an Internet Powered By Tokens

Users of Facebook can’t decide on how it should be run because the power rests within a handful of stakeholders. On the contrary, on Web3 protocols it’s the users who run the show and to do this Web3 protocols work around a token-based economy. The users hold these tokens, aka, cryptocurrencies, and use them to govern the platform and become shareholders of the platform’s success.

Cryptocurrencies are not only used for platform development, or remain within a handful of early-stage investors. Adopters from all corners who enter a Web3 protocol via its cryptocurrency automatically own a stake in the platform, whether it be in terms of governance or becoming an equal beneficiary.

Web3 platforms allow creators and contributors to monetize their work in a way that Web2 platforms don’t. For instance, Web3 technologies like NFTs, let creators claim ownership of their work and monetize them without requiring any third-party intervention. These NFTs are priced in cryptocurrency. Also the general public can buy stakes in an upcoming artist’s works thus becoming patrons. This makes Web3 the Read, Write and Own stage of the internet.

Why Are Some People Skeptic About Web 3?

To begin with, some argue that blockchain is a terrible way to use computing power, and that crypto currency “mining” — stringing together racks of computers to generate crypto currency — is an irresponsible waste of energy in a world facing a dire climate crisis; some estimates put annual bitcoin electrical usage at the equivalent of a country the size of Sweden.

Some industry professionals believe that web 3.0 may lead to more scams and fraudulent activity despite the fact that web 3.0 has a network of linked systems that creates a trustless environment. Web3 is indeed riddled with incompetence, costly flaws, and outright scams, such as intriguing projects that vanish once the organizers have taken your money. You’ve been “rugged,” which means you’ve had the rug yanked out from under you in crypto terms.

Another daunting obstacle is that Web3, at least in its current state, is not very user-friendly. Also, because Web3 is still so young — and because its whole premise opposes centralized control or management — there isn’t much in the way of consumer protection at the moment.

In theory, interoperability forms the crux of Web 3. The reality, however, is far from the theory as blockchains at the moment exist in silos and it is very difficult for users to swap between two different blockchains. The transaction speed of blockchain is also slower and transaction fees at times can exceed thousands of dollars.

Let’s approach the concerns regarding Web3 one by one and bust some of the myths.

Scammers are everywhere, not just web3. Data breaches have often occurred in Web 2.0 apps. Moreover Web2 users have no control over their data or how it is stored. A potentially scam project would exhibit the red flags from the very beginning. The trick is to detect those reg flags early on and stay away.

It is true that there’s a learning curve attached to using decentralized platforms and products. But with information available in spades, navigating the space is really not that difficult.

It is true that you cannot move from blockchain to blockchain until you convert your assets to wrapped tokens, which is a tedious process and more conversions means more gas fees. However, with the development of parachains like Polkadot, soon these problems will also be solved.

One of the primary arguments given by the supporters of Web3 is that it will enable users to enjoy uninterrupted services. This is since Web3 helps to reduce the instances of account suspension and denial of distributed services. The absence of any single point of failure results in minimum service disruption. Another important aspect of Web3 as believed by the supporters is that the users can create digital arts or NFTs and monetize them, thereby earning wealth. Therefore, Web3 offers potentialities for individuals to own their data and monetize them with ease.

Semantic Web is a chief feature of Web3, which makes the Web3 technologies more precise and effective. Semantic Web refers to a collection of data that is associated in a way, which can be processed by machines easily instead of relying on human operators. Therefore, the Semantic Web feature of Web3 technologies enables users to enjoy efficient and easy searching of content. It also allows individuals to search data based on exact meanings instead of relying on page numbers and keywords.

The future of the modern world is greatly influenced by Artificial Intelligence (AI) and 3D Graphics. Web3 brings in AI and natural language processing, which aims to enable businesses of every size and scale to provide their customers with faster and more relevant results. The use of 3D designs is widely relevant as they can be seen in gaming, art and animation. Moreover, web designers use 3D imagery to create engaging and immersive websites. 3D designs can be created efficiently in Web3 that can revolutionize the online world, thereby adding value to the future of the internet, online business and digital marketing.

In a Bird’s Eye View, Finally, What is the Purpose of Web3?

While Web 1.0 was based on open protocol and decentralization, the situation took an opposite turn with the evolution of Web2.0.

Therefore, Web2.0 lacks transparency and accountability to a great extent. Moreover, such a handful of corporations like Facebook, Google and others are subjected to nominal control of central government regulations. Web3 eliminates such monopolistic control of intermediaries, thereby empowering the users to own and monetize their data.

It was always users’ money and their enthusiasm that brought about the success of Web 2.0. However, Web 2.0 never gave them an opportunity to hold the rewards for driving this success. Web 3.0 brings about a paradigmatic shift. Most Web 3.0 platforms are developed with an incentive model in place for consumers and backers. The difference between a Web 2.0 platform like YouTube and its Web 3.0 counterpart, Glimpse, is that the former decides the remuneration for the creator while the latter allows the creator to have complete control over their content and fees.

X.LA is one such Web3 solution that is developing smart revenue-sharing contracts to help contributors secure their monetary rights for playing vital roles in making products/platforms successful. They can use these smart contracts without having to opt for expensive legal representation. On the product front, key stakeholders and founders can optimize and automate a revenue sharing model with contributors and create a sustainable ecosystem.

Learn more about X.LA here. You can also participate in our ongoing contests and win exclusive rewards including NFTs. 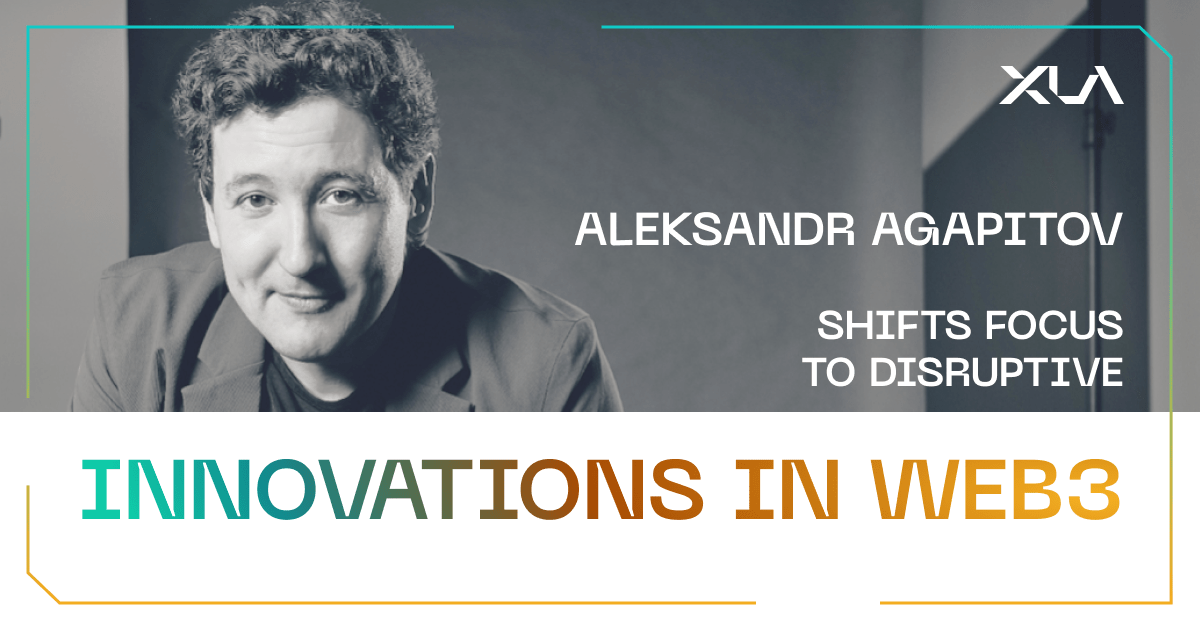